Wow. For the urban cyclist (or the non-urban cyclist for that matter) vehicle, the solar powered electric bike might be the sexiest thing to come along since the sassy little Ultra A2B hybrid scooter.

The solar electric bike trend is a relatively new one, and the goal is to see this earth-friendly mode of transportation become a commonplace sight on roadways and bike paths around the world.

So, what exactly is a solar powered electric bike, you ask?  It’s a bicycle that looks like its ordinary predecessors, but this one can harness the sun’s energy to provide motor-assisted pedaling – which means less work, less sweating, and more opportunities to make it a primary mode of transportation.  The solar bike allows riders to travel fairly long distances (55 miles or more) on a single charge.

People who live and work in urban areas, especially in places where the weather is mild year-round, may be able to shed their car altogether. Whether or not you give up the car entirely, you will be saving hundreds if not thousands of dollars each year on gas and maintenance, depending on your driving habits. 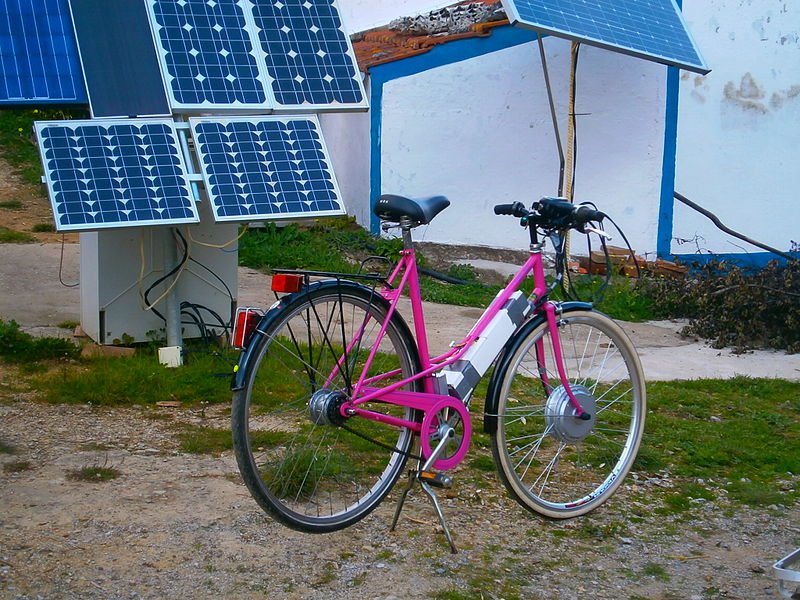 Electric bikes are relatively powerful, and they need to be able to store a substantial amount of energy in their batteries to be dependable. The more powerful the electric bike, the bigger the batteries it needs. Some people actually mount a solar panel at home and at work to make sure their batteries have sufficient charge for the journey in, and the journey home.

Electric bike riders are also taking advantage of roll-up solar panels offering 25-75 watts of output, which can be carried with them to charge the bike’s batteries on the fly.

These solar panels cane be rolled up small enough to place on the bike’ rear rack, along with the charge converter. Non roll-up panels are more efficient but are not that easily transported, which is why people who use their electric bike routinely for work opt to install rigid solar panels at both locations. 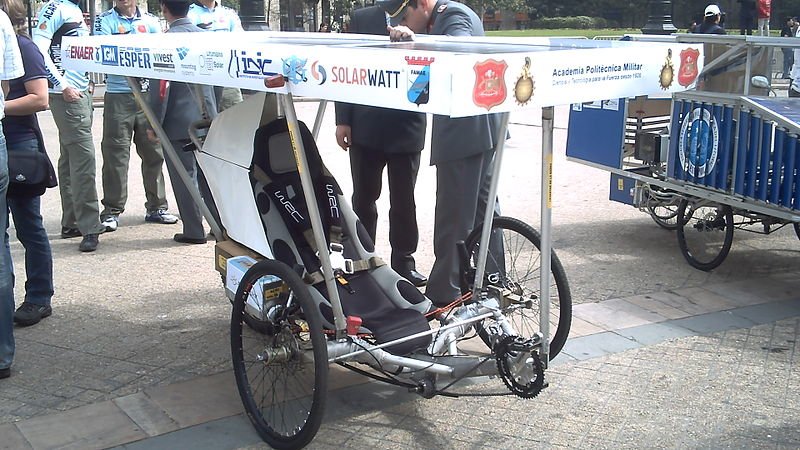 The size of the solar panel needed to charge an electric bike depends on the amount of time the rider has in between uses, and the size of the batteries that need to be charged. The recommendation is to use batteries larger that you would ordinarily need for one trip and use some of yesterday’s stored sunlight. This comes in handy on non-sunny days, or on days in which you need to ride before the bike has had time to fully charge. Even though most of today’s solar panels do not need direct sunlight to operate, they won’t run at 100 percent capacity on a cloudy day, so riders need to be prepared for a number of scenarios.

Not only is running a bike on sunlight a fun and healthy way to get around, it’s also environmentally friendly and affordable. Keep your eyes open for new developments in solar electric bicycles because if you don’t own one already, sooner or later you’re probably going to.