The Cost of Food: What We Lose When We Don’t Compost

Your fridge is a magnet for waste. Every year, Americans dispose of a staggering 33 million tons of food. To put this number another way: an average of 40% of your kitchen contents end up in the landfill, rather than in your stomach.

But this is only the tip of the waste issue’s proverbial iceberg. According to a report issued by the NRDC, “getting food from the farm to our fork eats up 10 percent of the total U.S. energy budget, uses 50 percent of U.S. land, and swallows 80 percent of all freshwater consumed in the United States.” Despite the massive amount of resources that is required to get goods on grocery store shelves and kitchen counters, nearly half of the food is never eaten.

Where does it go? While Americans are spending about $165 billion – yes, billion – on wasted food every year, our landfills have accommodate the  excess. NRDC’s report examines the shocking truth that food is the largest part of municipal solid waste in the United States. When you toss unused provisions into the trash can, consider this: upon entering the landfill, they’re about to  become one of the largest contributors to methane emissions.

We live in a time that is riddled with environmental problems – but the issue of food waste has incredibly simple solutions. Not only will these measures help our planet; they’ll also help your wallet.

Many cities have ordinances in place that require composting. In 2009, this was a revolutionary motion; today, it feels like second nature to millions of Americans. If you don’t compost, it’s effortless and can provide you with nutrient-rich soil for your garden. Treehugger has instructions for four DIY compost bins; you can check them out and make a weekend project of it here.

According to the NRDC, only half of the American population takes home leftovers from restaurants – and roughly the same amount doesn’t like to eat homemade leftovers. By making the most of your excess food, you can save on time and money. If you don’t want to eat it within a day or two, freeze meals so they’ll stay preserved for the future. 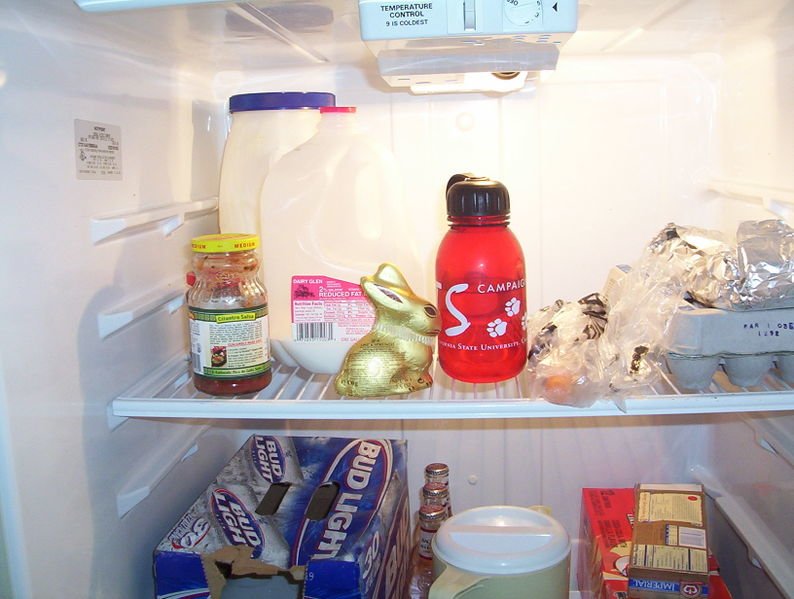 Keep tabs on your fridge.

Refrigerators can become a black hole, hiding your culinary delights until the food has long passed the “Best By” date. Make purchases at the grocery store while keeping this date in mind, and make sure to use food before it goes bad. People often buy provisions and then promptly forget about them until they’re unusable. You’ll be impressed by how much you save on groceries by simply using what you have.

If we were to reduce food waste by 15%, we could divert enough provisions to feed over 25 million people in the United States each year. This fact really hits home when one considers that one in six Americans go hungry. Food waste is a big problem with a simple solution – and it starts with you.

The Cost of Food: What We Lose When We Don’t Compost was last modified: September 23rd, 2017 by Brian Peterson