A few years ago, I was visiting Boston when I came across a bike sharing station. There were fifteen available spaces, and each one was occupied by a bicycle. No one was around the station – there was no sign that it had been used anytime throughout that morning.

I was walking through the same neighborhood, and ran into the station once more. About half the spaces were empty, the bikes in use. A cloud of activity surrounded the station, people dropping off and picking up bikes in a steady stream.

Bike sharing programs are becoming a staple in cities across the world. What once was a novelty is now the norm; a tidy row of matching bicycles are now a common sight on sidewalks, making clean transport a viable – and accessible – option for commuters. Below, we’ll explore the concepts that make bike sharing systems an effective means of getting from here to there in our cities.

Affordability
In New York, a monthly subway pass is $112. In San Francisco, it costs $76. By comparison, most bike sharing systems cost between $75 and $100 a year. At around a twelfth the cost of public transportation options, Bike sharing systems provide an accessible way for people from all socioeconomic backgrounds to get around.

Feasibility
In some cities, bike lanes and off-road thoroughfares make it convenient to travel by bike. But many others lack the resources needed to make biking a viable option. People don’t want to – and aren’t able to – bike along a highway to get from here to there. In order to make cycling transport effective in urban areas all over the the country, cities have to invest in bike lanes. 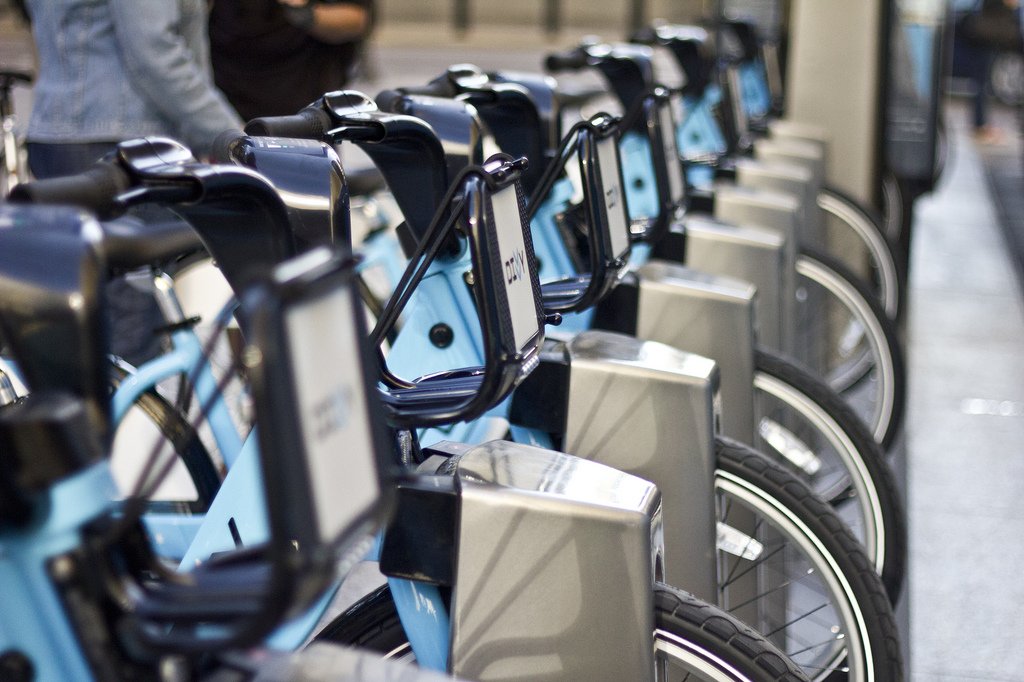 Safety
Safety concerns keep many potential cyclists off the road. While many states have adopted bike friendly legislation, others are lagging behind. Take a look at the League of American Bicyclists 2013 Bicycle Friendly State Ranking to see how your area compares to other parts of the USA.

Accessibility
According to the Earth Policy Institute’s 2013 report, America’s bike sharing fleet more than doubled in the past year. While the country is experiencing impressive growth in this sector, many areas are still without an adequate system. The list of cities that currently hold bike-sharing programs can be found here.

Profitability
Most bike-sharing systems don’t make enough of a profit to cover all of their costs – and many cities are willing to invest in them regardless of this face. U.S. News and World Report explains that most public transportation systems lose money… And since bike sharing is another form of public transport, the same ethos applies.

NYC’s CitiBike riders have traveled 4.3 million miles since the program launched in 2013. As accessibility and affordability continue to go on the rise, this figure is bound to increase. But the question remains: Would you ditch the taxi or the subway in favor of your two-wheeled friend?